Showing posts from July, 2018
Show All

1813 CENSUS IRELAND The first reliable statutory census of the population of Ireland was taken in 1821.  An earlier census authorised by statute had been taken between 1813 and 1815. The results, however, were defective and neither printed nor presented to parliament. The census was a substantial failure. The census was to be statistical in nature only, although in a few baronies heads of households names were recorded ( the returns for the six completed baronies of Dublin county, and the half-barony of Upper Lecale, Co. Down). A bill for a census of Ireland became law on 18 July 1812 and t he enumeration was to start on 1 May 1813 and continue without delay until completion. The data to be collected for each enumeration district were the number of inhabited houses, families, houses under construction, uninhabited houses, families engaged in agriculture, in trade, manufacture, handicrafts, and other occupations, persons of each sex exclusive of soldiers, militia, and nav
1 comment
Read more

Wolf-hunters and the last wolf in Ulster 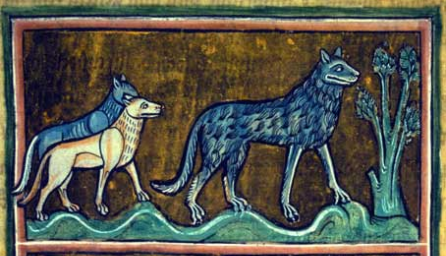 The last wolf in Ulster Wolves were numerous in Ireland in the sixteenth and seventeenth centuries. So numerous indeed that they posed a threat to the livelihood of farmers. A letter from Gabriel Whistler, agent of the Salters’ company 11 April 1699 speaking of the devastation brought about by the 1641 rebellion in the region stated 'your lands and most of the others continued in this condition without inhabitants (but wolves and wild beasts) until the year 1656 ’ (D4108/1/12A) At various times generous bounties were given for the destruction of wolves, particularly during the Cromwellian period. In 1652 the Commissioners of the Revenue of Cromwell's Irish Government set substantial bounties on wolves, £6 for a female, £5 for a male, £2 for a sub-adult and 10 shillings for a cub. In 1677 a proclamation by Gabriel Whistler at the manor court on the Salters’ estate, ‘ ordered that the summe of one shilling bee raysed and payed by the tenants of every towne lan
Post a Comment
Read more
More posts