November 12, 2017
Drapers' company
The Company leased the estate to Sir Thomas Roper in 1619 for 51 years. He was an absentee and did not pay his rent. The Company repossessed the estate in 1622. In 1628 Peter Barker, a drover from Co. Antrim, obtained a lease for 60 years. Barker died in 1631 and a new lease was given in 1632 to Sir John Clotworthy [later Viscount Massereene] of Antrim. Clotworthy attempted to purchase the estate in 1663 but a new lease was granted to his sister-in-law Mary Clotworthy. In 1676 this lease was acquired by Captain Dawson of Castledawson. In 1725 Captain William Rowley married Arabella Dawson and acquired the Dawson lease. In 1756 Rowley, by then Sir William Rowley, was granted a lease for three lives or 61 years. Sir William Rowley died in 1768 and his son Sir Joshua Rowley tried, unsuccessfully, to obtain a new lease in 1789. His son, Sir William, also tried unsuccessfully to obtain a new lease. By 1816 the last life in the lease had expired and the Company regained direct control of the estate in 1817. The towns of Moneymore and Draperstown were rebuilt at that time and improvements followed throughout the estate. As with most estates in the county the rest of the lands on the proportion were sold to the tenants in the latter years of the nineteenth century and the early years of the twentieth century. 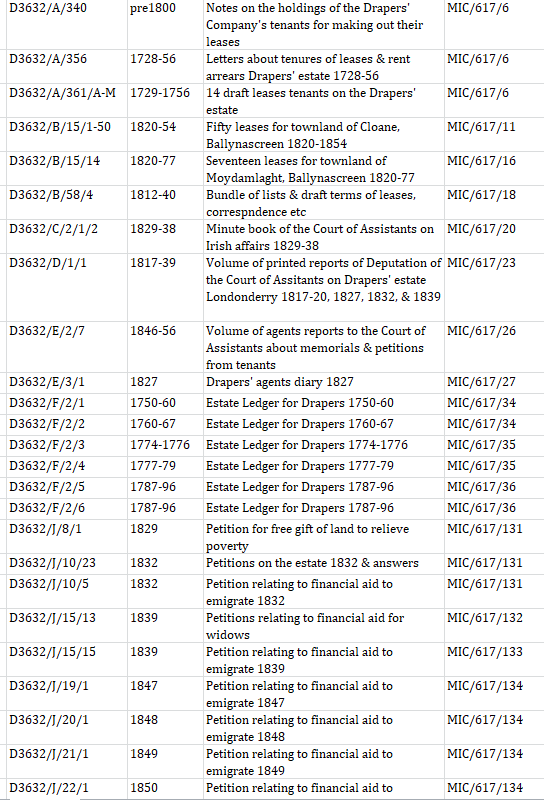 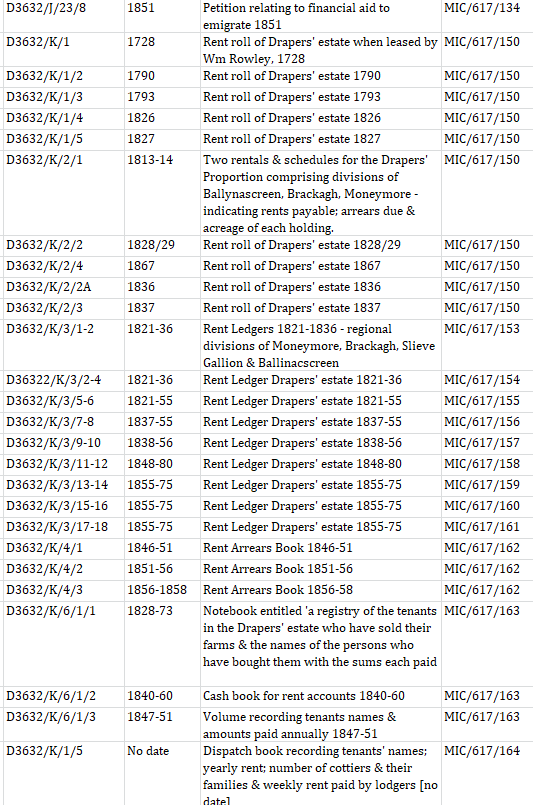 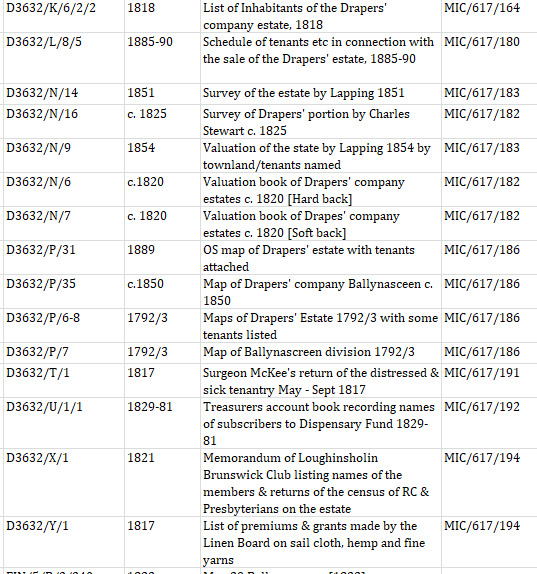 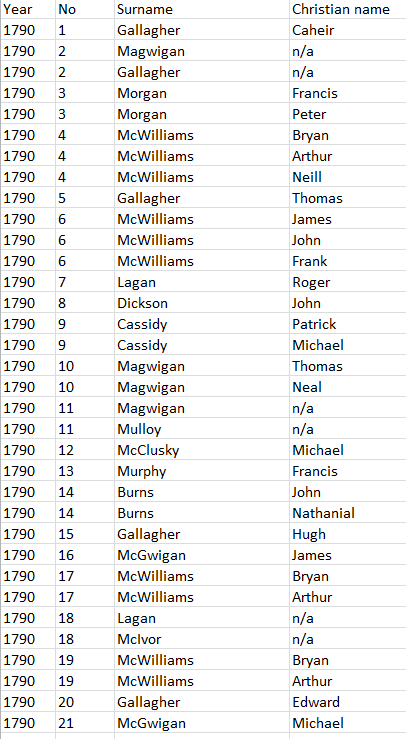