Lurting to Lurton to Norton

April 10, 2020
Variation in surname spelling is a common difficulty in Irish genealogical research but sometimes surnames can undergo a complete transformation over time and even become unrecognizable as the same family.

Such was the case with a family of the name Lurting in the parish of Magilligan (Tamlaghtard) in Co Derry. A Henry Lurting was a merchant in Londonderry and Liverpool in 1660 and it was his son John Lurting who settled in Magilligan in the early eighteenth century having married into the Cust family of that parish. Both the Lurtings and Custs were of English origin the former can be traced to the city of Liverpool where they were prominent in local business and politics. Both the Lurtings and Custs were Episcopalian and their progeny can be traced clearly in the registers of Tamlaghard Church of Ireland which exist for a few years in the middle of the 18th century.

A pedigree of the Lurting family of Magilligan can be found in PRONI (T/1021/18) having been compiled by a descendant Lorton Wilson an accomplished amateur genealogist.

The first variation of the surname Lurting can be found in the army service record for James Lurton of the parish of Magilligan who enlisted in 1808.

Private James Lurton born in the parish of Magilligan -- was enlisted Londonderry 11 February 1808 at the age of 26 years (giving him a birth date of c.1782). James Lurton does not appear in the Lorton Wilson pedigree of the family but there is no doubt that he is from the same family and probably a great grandson of John Lurting (and Catherine Cust). James Lurton married an Agnes Canning of Magilligan and this branch of the family became Catholic possibly through the influence of the mother. The majority of their descendants moved to Scotland to Kilmaurs, Kilmarnock and also Glasgow. However, some were removed to Coleraine.

Henry Lorton a son of James Lorton (the soldier) by Agnes Canning settled in Coleraine where he was married twice - first to Hester Campbell (with whom he had two sons John b.1858 and Henry b.1860) and secondly to Margaret Mearns. What is interesting in the documentation is the recorded change in the surname and a deliberate decision was made by Henry Lurton to change the surname to Norton.

In the baptismal register for Coleraine Catholic Church dated was recorded - 10 Oct 1858 John son of Henry & Hesther Lurton - pencilled above this entry was the name Norton, which seems like a retrospective change.

Henry Norton died in Abbey Street, Coleraine in 1916 aged 65 years having established a grocery business there around the turn of the century (his age at death was incorrect - in the 1901 census he was 60 years and 1911 aged 82). In the 1841 census for Magilligan he was recorded as 6 years old residing with his cousin Sarah Brewster aged 40  (T1020/34) thus giving him a more accurate year of birth as c.1835.

His wife Margaret (Mearns) Norton died in Abbey Street in 1918 aged 74 years. What caught my attention on her death certificate was recorded the informant Teresa Norton present at the death. Often informants were family relations so in following up this find I discovered that Teresa Norton was in fact a grand-daughter of Henry Norton by his first marriage to Hesther Campbell. This branch of the family had moved to Ballycastle in Co Antrim where they can be found in the 1901 and 1911 census returns.

In the 1901 census the family was residing in Castle Street, Ballycastle, Co Antrim

He died in Leyland, Ballycastle in 1919 aged 66 years (he was in fact about 59 having been born 1860) of pulmonary tuberculosis. His wife Jane (McAuley) Norton lived to a great age and died in Ballycastle in 1950.

A wonderful follow up to this family research was to discover that there are still descendants residing in Ballycastle today in 2020 and photographs of Jane (McAuley) Norton are extant and online at the Friends of Ballycastle Museum Facebook page and can be viewed on the link below:

I doubt that the family in Ballycastle are aware of their Magilligan heritage or that their that their surname Norton was originally Lurting/Lorton. Indeed they descend from Henry Lurting to be found in the 1660 poll book of Liverpool as a merchant based in the city of Londonderry. 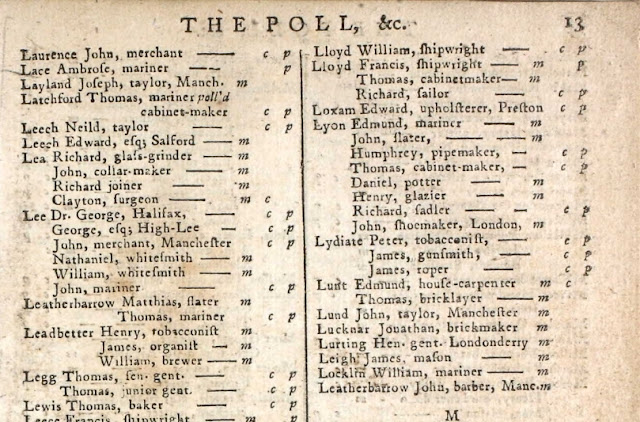